The estate of the late Randy California is suing Led Zeppelin. They claim that Jimmy Page stole the opening riff to Stairway to Heaven from a song written by California called Taurus. Did Jimmy steal the riff? I think the simple answer is “yes.”

It’s not simple though. The riff that opens Stairway to Heaven is almost identical to the opening of Spirit’s song Taurus. Led Zeppelin opened for Spirit on their first American tour and wrote Stairway two years later. Perhaps the riff was lifted, but this was how many musicians approached songwriting. Ideas were borrowed and reused all the time! Just watch RiP! A Remix Manifesto to see some more examples of this and why it’s ok!

What’s more interesting and important is the fact that Randy California knew and based on comments he made over the years, didn’t seem to mind. If he was alive today, I don’t think this lawsuit would be happening.

If you listen closely to any music at all you can find ideas and influences that come from other sources. After years of resisting this idea I’ve come to the realization that this is how music evolves – we take old ideas, turn them around, try out new ways of playing them, and eventually something new emerges. In the case of Led Zeppelin, they may have relied heavily on those other sources but performing in their original style did bring something new to old ideas which is what is, perhaps, most important. Don’t get me started on how I feel about the blatant, bald-faced plagiarism in most pop music today. The lifting of this riff seems like nothing compared to the feeding frenzy the pop industry is engaging on the corpses of any other pop song from any era!

The following is a list of ten of the most used chord progressions in music today. Some 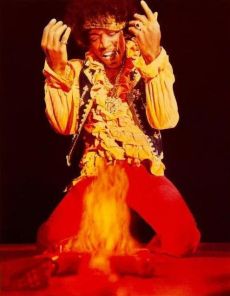 are classic and have been used hundreds of times sometimes in combination with each other or with slight alteration to make things a bit more interesting. If you learn these progressions and are able to pick them out of a song by ear, you should be able to play (or at least understand) nearly any song! To make it a little easier to play in any key, I made this PDF that lists all the chords you’ll need in all keys! I’ll be putting more resources including scales for guitar and bass, arrangements, chord charts, etc. here.

If you’re a songwriter, knowing these progressions will help you avoid writing the same song multiple times or copying your heroes’ music. These chord progressions are the musical archetypes. 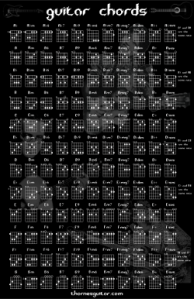 Number one is the Don’t Stop Believing Progression, I – V – vi – IV (G – D – Em – C). The Axis of Awesome did a great bit about this one in which they play 40 songs in a row that all have the same progression including, No Woman No Cry, Let It Be, I’m Yours, etc… and over the past few years, that list has become a lot longer!

The second is the 50’s Progression, I – vi – IV – V (G – Em – C – D). I call it this because it was hugely popular in the 50’s and 60’s and is still used today. Notably used recently by Justin Bieber for “Baby” (Justin was like baby baby baby oh… what a pity) and Sean Kingston for “Beautiful Girls,” though Kingston really just ripped Ben E. King’s “Stand By Me” off.

The fifth is the Smoke on the Water Progression, ii – IV – V (am – C – D). It’s usually used as part of a larger progression and was used in Purple Haze, Iron Man, House of the Rising Sun, Stepping Stone, etc…

The Eighth is a rearrangement of the Don’t Stop Believing progression vi – IV – I – V (em – C – G – D). I’m not sure what to call this one. The song that always gets stuck in my head with this one is The Red Hot Chili Pepper’s Snow, though I know Taylor Swift uses it in at least three songs (as well as most of the other progressions above…), Green Day used it in Holiday, and The Cranberries used it in Zombie, just to name a few.

And the tenth that I see is the As My Guitar Gently Weeps Progression. This one straddles two keys and it’s basic representation is ii – I – V6 – bVII (- VI) (am – G – D/f# – F (- E)). It looks like a variation on the Descending Flamenco Progression and is presented with slight variations by everyone that uses it. The Beatles actually substituted an am7/G  for the G chord and left out the E. Chicago, in 25 or 6 to 4 focused on the root notes in the bass -> A – G – F# – F – E. Led Zepplin, Green Day, and Neil Young all offered their variations as well.

These progressions are not the end of music. They’re used a lot but they’re not your only options! If you look on the ultimate guitar archive you’ll see them everywhere, but most songwriters use them in combination with other progressions or with variation, creating something new using old building blocks. Please don’t think of this list as a set of rules! Just information to enhance your own understanding of the way music works. 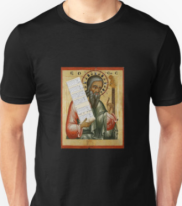 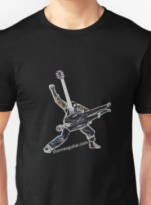